I have been meaning to do a little something on here about our political scene at the moment.  Every time I log on with the intention to do so I realize that I really don’t have anything new or unique to say on the topic.  The outlandish amount of ‘memes’ and the like concerning our presidential candidates are suffocating.   The Romney/Ryan ticket is, well, a one way ticket back in time.  The Obama/Biden ticket is weather worn and riddled with disenfranchised head bowing.  Neither have much a leg to stand on at best and at worst, both have a nearly insurmountable pile shit waiting like a bloated dead body in the oval office.  I am at the point where I just hope that I don’t loose my right to choose what I do with my vagina.  The bar on our civil liberties is so low at this point that I can only hope to be able to slip one unruly pubic hair underneath it.   It is an alien feeling, this hemming in of collective social and intellectual growth.  The country that I was raised in was racing towards racial and sexual equality, higher education, and freedoms aplenty.  And though I am loathe to hop on the fear bandwagon, I won’t deny an icky feeling of worry is setting in.  I know how powerful our country is when united on a topic.  I also know that we are being fed so many tasty bits of distraction so as to prevent any kind of oneness amongst us.  It is hard to not think that there is a bigger animal orchestrating a coup of not only our government proper but of our humanity as well.  It used to be live and let live.  Now we feast on each others differences, using the carnage as a reason to withdraw further in the splinter cells of ignorance.  Why in this day do we even speak of marriage as some sacred union under god?  It was a shame that our parents barely suffered through, like theirs before them.  My generation is trying to take a broken, empty hearted institution and give it some new life.  Shake off all of the detritus of yore and marry the person you love.  What a miracle of life that this crusty, almost meaningless idea has been given a second chance by a group of people who are willing to fight for the right to marry?  It is this battle that has reminded me why someday I want to walk the isle.  Because god knows I wasn’t inspired to marriage by the lack luster shams that I grew up witness to.

We go forward with technologies that cleave us from our fellow man, we rocket untold monies into space while the future cosmonauts sit in stuffed classrooms with ancient books and one harried teacher, we sit by while talking puppets convince us to hate the hillbillies in the south or the liberal faggots in the north,  we turn off our compassion because we are told it will do no good.  When I close my eyes and the veil falls I way I am reminded that through us runs a common thread.  We as women fought for our freedoms, we as men armed ourselves and died to preserve our freedoms, we as the young generations pushed and pushed until our music rang out, our sexuality ran sweetly through the streets, our dreams were allowed to burn so bright that the sound of freedom heated up every breath.  I am tired of fighting but that doesn’t mean that the battle is won.  We are all tired.  But this is when it matters the most.  We have got to keep pushing or every inch will be taken by back by the angry lonely souls who see nothing but silver and gold.  This is our battlefield, this is our fucking house, and I will not sit by, sedated by rhetoric, and watch it burn.  You don’t need to grab a pitchfork and march on city hall, though the sight would bring me joy.  What you need to do is pick a fight with any motherfucker out there that even thinks of messing with your humanity or the humanity of your neighbor.  We have been fighting for our rights since the first ship hit the shores of America.  Nothing has changed.  And we will keep fighting.  Because our freedoms were, are, and always will be worth it.  Get off your computers, go outside, and show some kindness to someone who needs it.  Especially if that someone is not like you.

Never in a hurry but always on time. 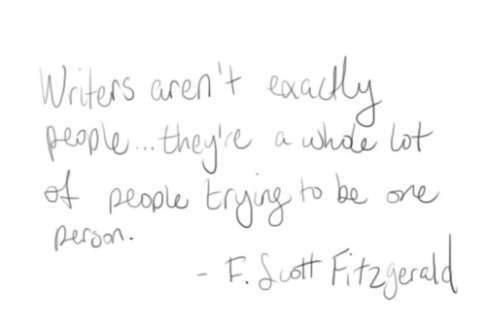